Here is a sketch from Preacher’s Court, Charterhouse.

I did it just after “The Well House” sketch. 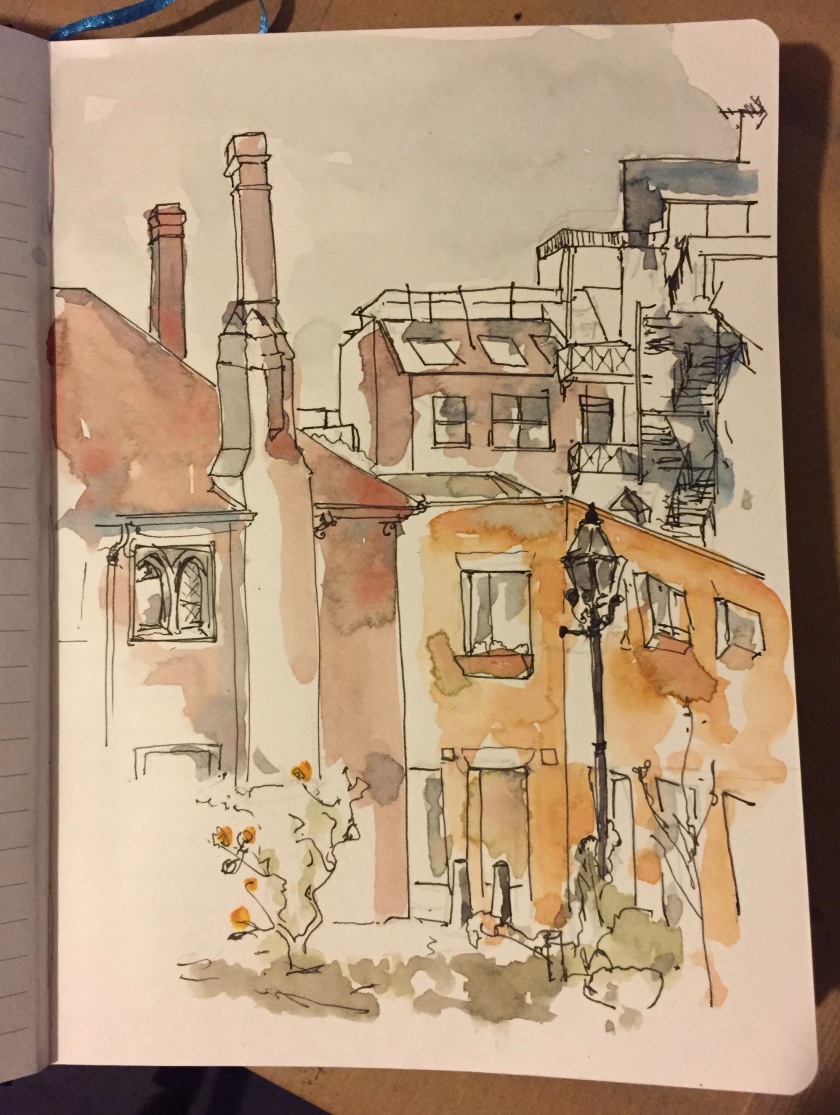 I liked the three ages of buildings: the 16th and 17th Century Hall on the left, the Admiral Ashmore Building (2000) and the 1970s office blocks and flats behind, with scrappy enhancements, probably 21st Century.

I got very cold.

A brother came by and told me he was the oldest, at 88. He was going to lead Grace at lunch. Everyone would have to stand up. It was like being at school. “I have the mind of a 15-year-old boy,” he informed me, “You had better watch out!”