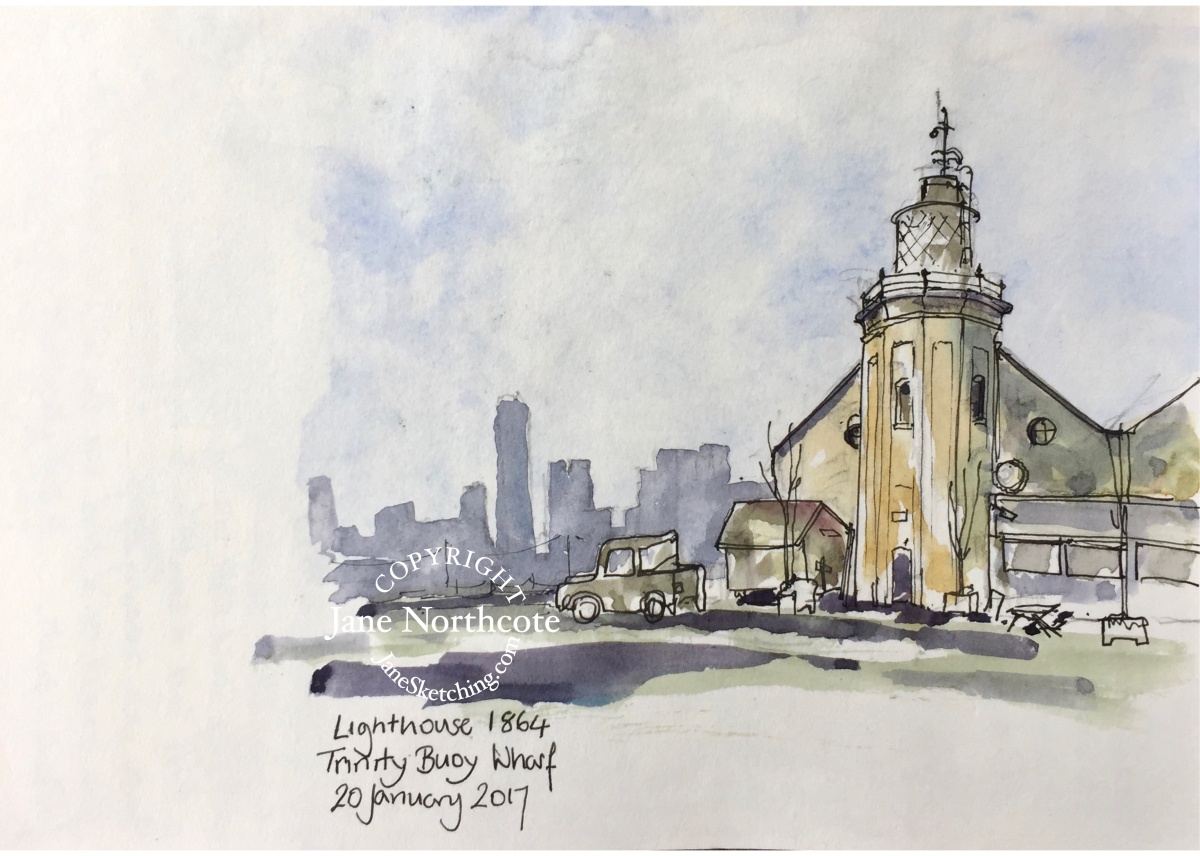 The headlines in the Evening Standard had described the pollution levels in central London at “Red Alert” levels. So I headed East to the clearer air and big skies of the maritime Thames. 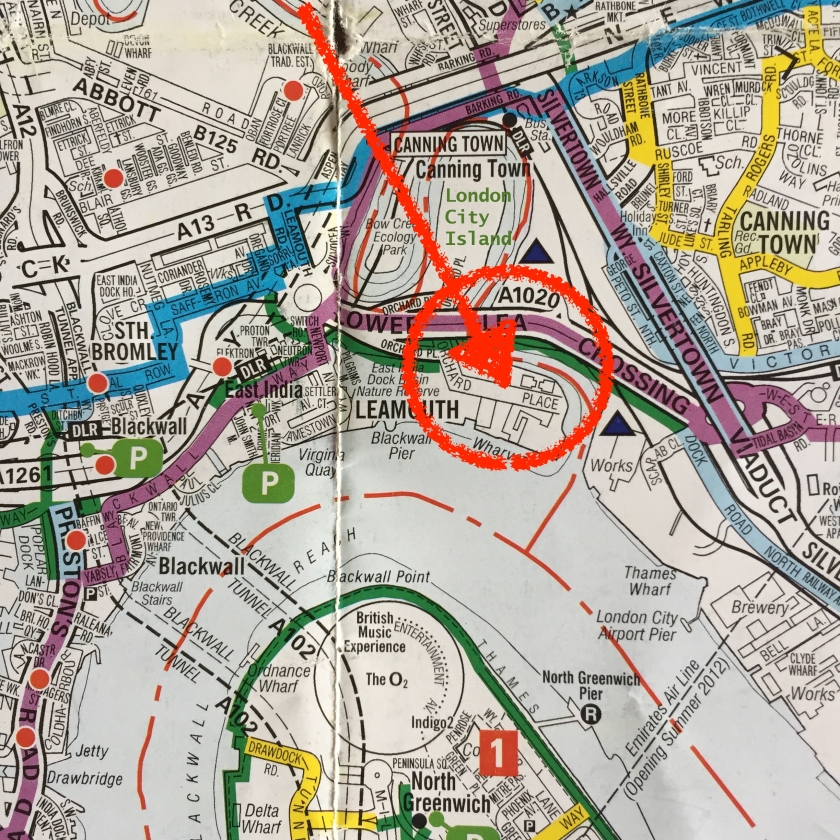 I drew a picture of the lighthouse. 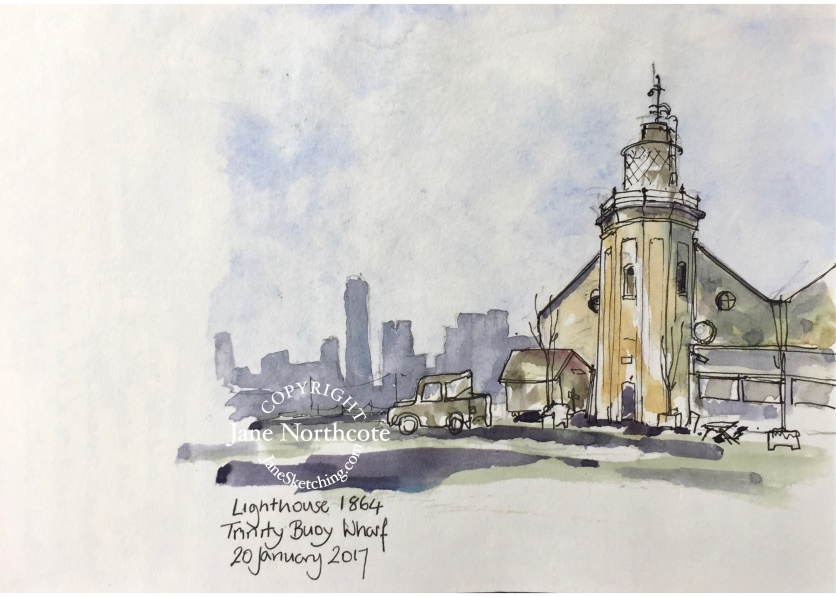 Above me, four stories of shipping containers contain offices. Words floated down.

“That was his first investment. He hasn’t really been improving. … To be fair, he does wear a luminescent hat. If that isn’t a warning sticker I don’t know what is.”

I continued drawing. The shed on the left of the lighthouse contains a small display called “The Faraday Effect”. Inside the shed I learned that

“there used to be two lighthouses here. The original one was built in 1854 and demolished in the late 1920s. This was the building used by Micheal Faraday in his scientific work for Trinity House.  The roof space adjoining the surviving lighthouse, which was built in 1864, housed Faraday’s workshop for examining lenses and other apparatus”

I was glad I’d drawn the roof adjoining the lighthouse. The building below it, on the right of the picture, is “Fat Boys Diner” with a Pepsi sign on top. I’ve not been in there yet.

The Faraday Effect is the phenomenon whereby when polarised light passes through a magnetic field, the polarisation rotates. Faraday also showed that light is affected by magnet force. He discovered electromagnetic induction: that electricity can be made by rotating a coil of wire in a magnetic field. Hence power stations, and much else.

Before I drew the lighthouse, I had a coffee in the marvellous “Bow Creek Café”. From there I drew this picture: 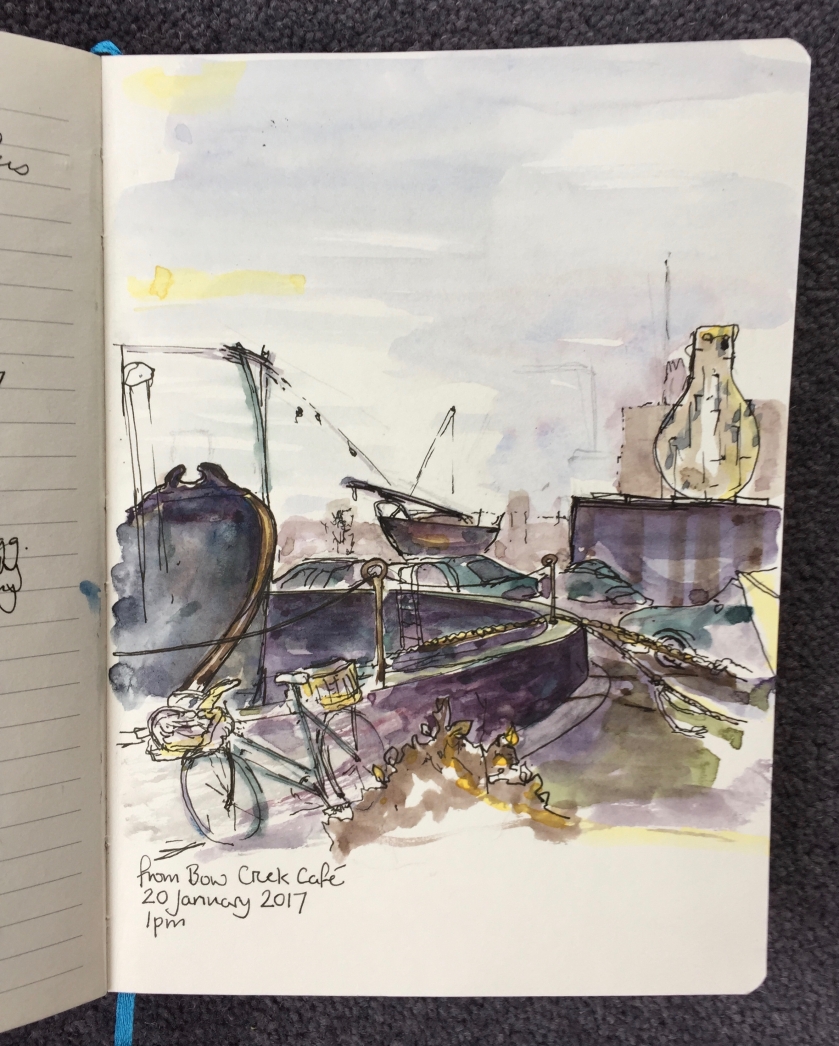 There was a lot of light. The things in the foreground were dark, and the boat shone.

The light-bulb shaped object on the left is a construction on top of a number of blue containers labelled “ENO” in the English National Opera logo.

On the left is the lightship, which is red, called “Lightship95 Audio Recording Studio”.