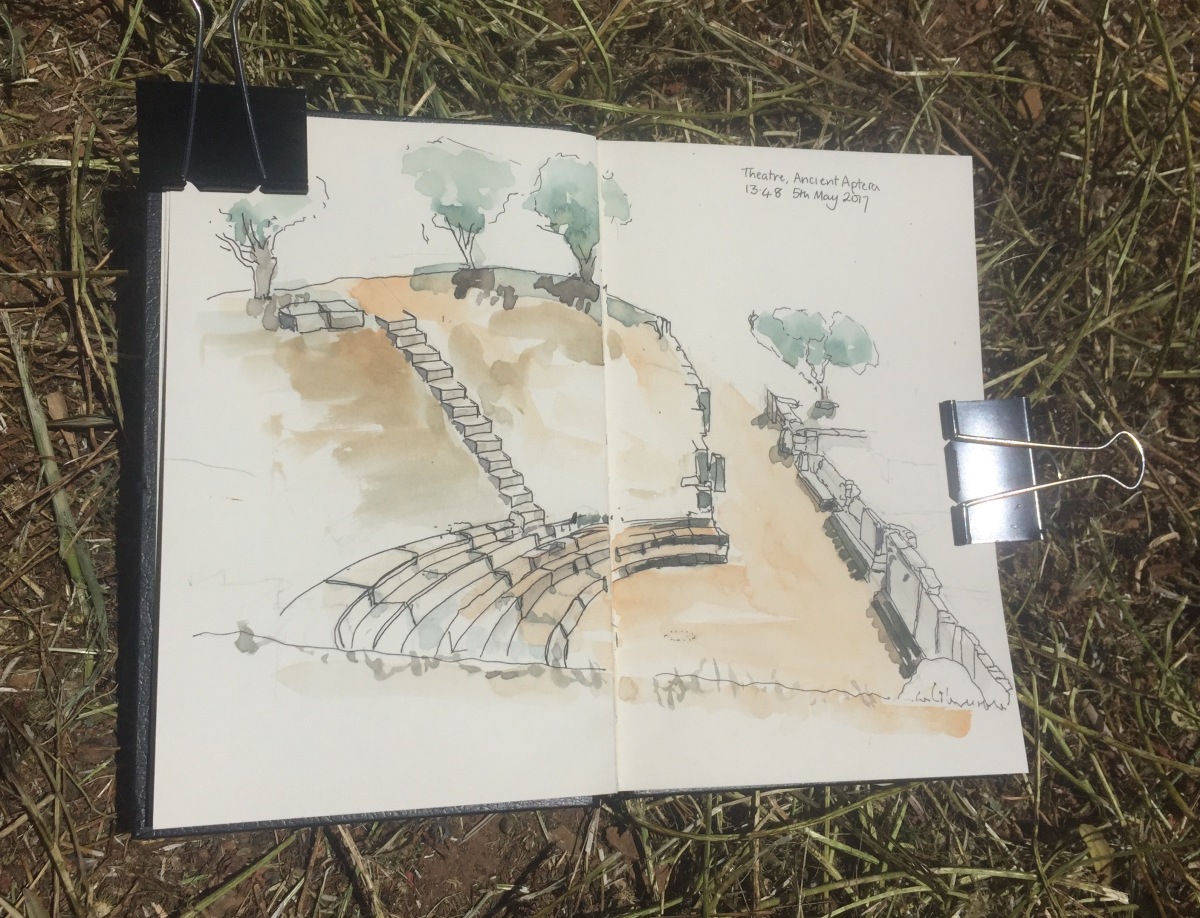 Ancient Greek and Roman theatre, first constructed 3rd century BC, modified by the Romans 1st century AD. In the 20th century it was used as a lime kiln, remains of which were still there when we first visited here in 2009. In the last 5 years the remnants of the lime kiln have been removed, and the theatre is much restored. EU funding acknowledged on the notices.

Drawn and coloured on location. About an hour. 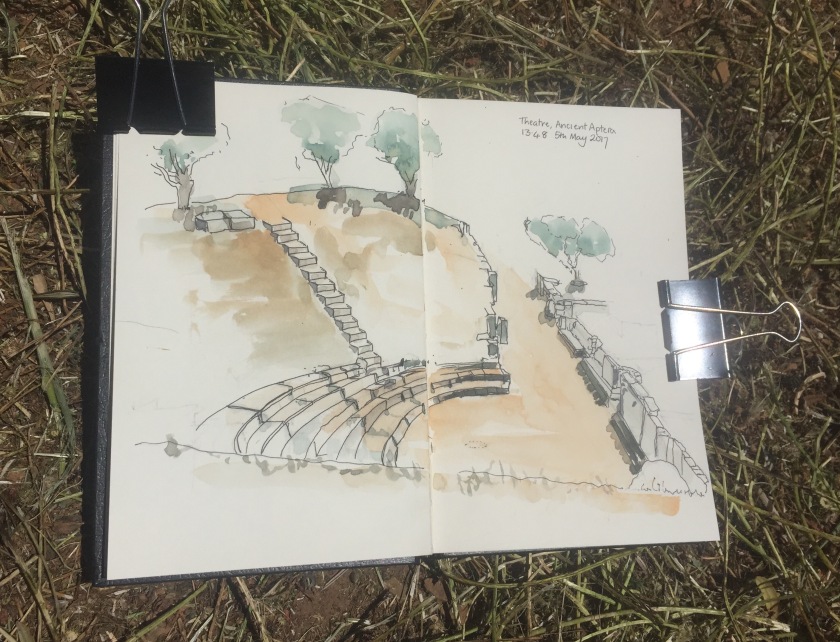 One thought on “The Theatre, Ancient Aptera”

Norwich Cathedral from the Cathedral Close.
Sketching in Norwich - "A Fine City".
The Horse & Groom pub on Curtain Road, London EC2.
Bank of England, Tivoli Corner, sketched from Moorgate.
Buildings of Spitalfields Market, London E1, with the office blocks of Bishopsgate behind, and the residential tower Principal Tower to the right.
The Artillery Arms, Bunhill Row, EC1