We visited the monastery again, before going to the airport. Two large coaches were in the car park.

As I drew the chapel, fragments of dialogue in French and German floated by. A French-speaker was relieved at last to have a call from Yves. He described in detail where the car was, naming the Greek village. He must insist it be ready by Thursday.

A woman with a German American accent told me my drawing was beautiful. I told her I was glad she liked it.

By and large people were respectful and did not stand in front of me while I sketched. But, according to John, a guy with a big heavy camera photographed the drawing, over my shoulder, without my knowing.

After an hour and a half John came to alert me that we should leave in 5 minutes.

Here’s what it looked like before adding the tones: 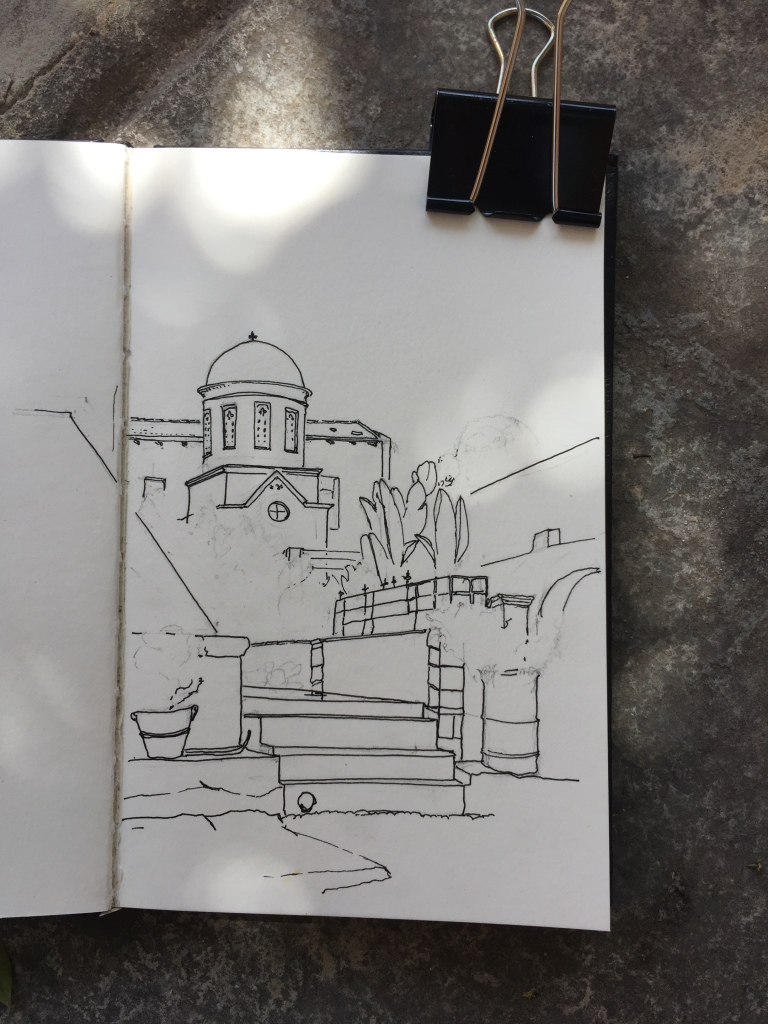