Here is a view of the lighthouse at Southwold. While I was drawing it, standing on the path by the sea, a woman came up and told me I was very gifted. I said thank you. Her husband said he’d told her to say that, because she’d seen me on the way down, and not said anything. He said she should express her feelings.

He had a pit bull dog. Because his mother was pure Romany. I was not sure of the connection. He said this was Kensington-and-Chelsea-on-Sea. He said that people here told him “you don’t have a London accent”. That’s because he’s not from Kensington and Chelsea, but from a different part of London.

This is the picture:

Here’s a drawing from Southwold pier: 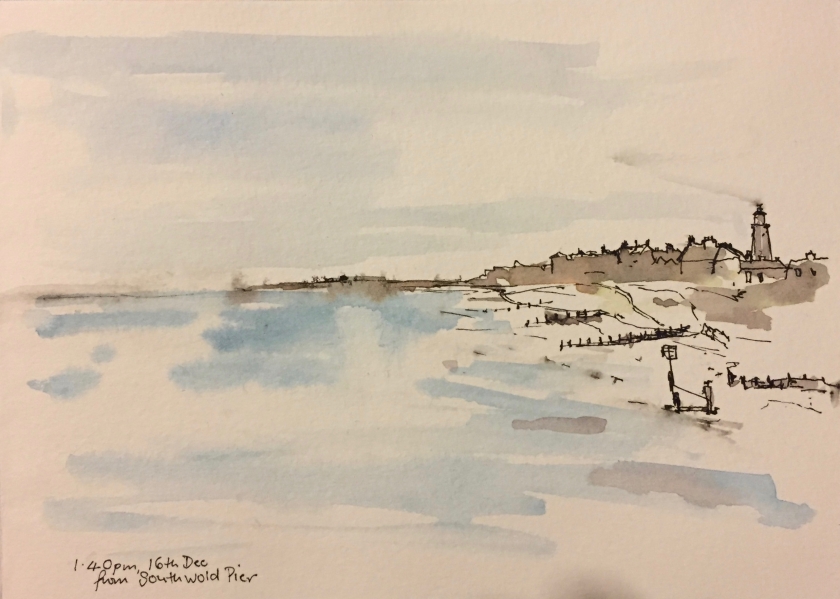 This is a sketch from a bird hide in Minsmere. The two ducks on the right are Shovellers.

This is the sunset at Walberswick: 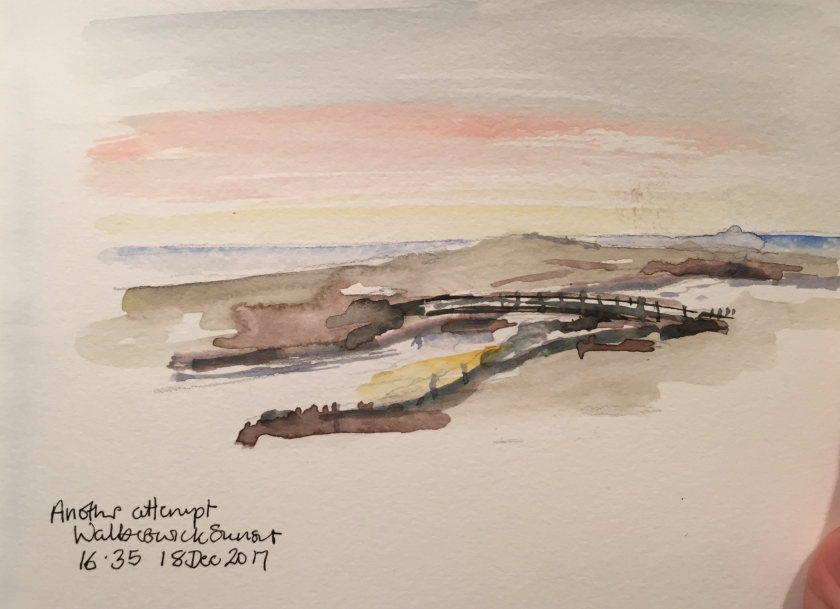 It was misty. I drew the Church, St Andrews. There is a ruined part, from 1493, on the right. And a more modern 18th Century part on the left.

I drew the view up the river. Here it is in the mist.

Here it is in the dark. 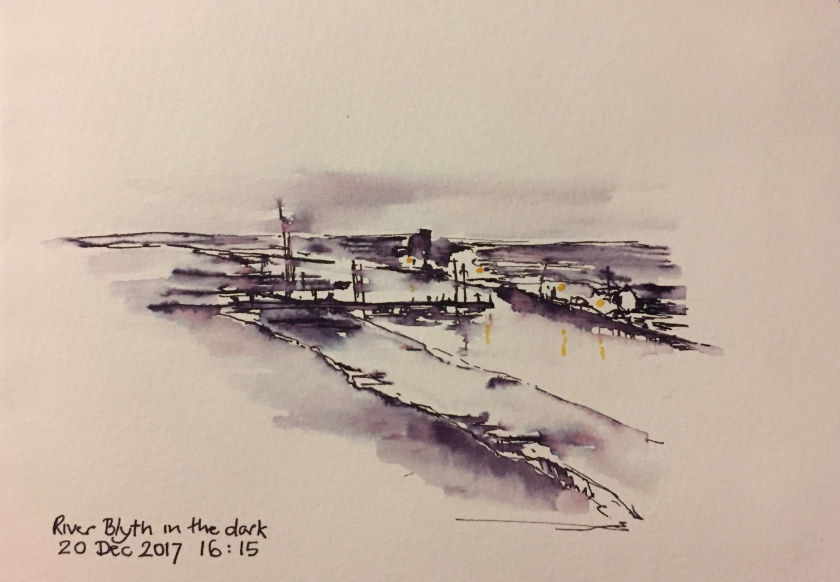 We went home by train. I sketched the people waiting.