It is amazing how many buildings you can see from Lauderdale Place. Lauderdale is the Westernmost of the three Barbican Towers. I am standing beside it, looking South-East, over Lambert Jones Mews. 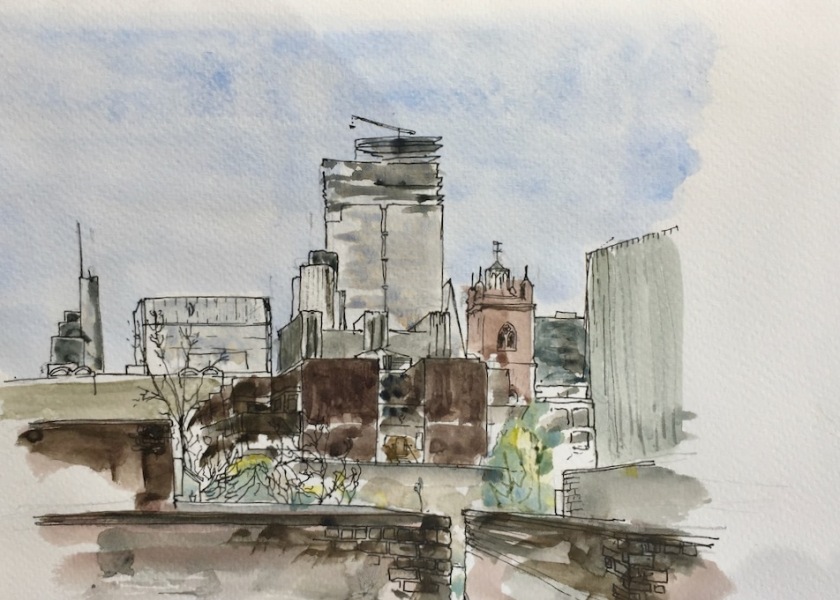 The towers are members of the so-called “Eastern Cluster”. The new building, 22 Bishopsgate, with its 60 floors, makes the former “NatWest Tower” look small. The NatWest Tower used to be the tallest tower block in the City. It is a mere 42 floors, and is now called “Tower 42”. Perhaps that is because of the number of floors. I never thought of that before.

You can just glimpse “the Scalpel”, the pointed crystalline building on Lime St, near the Lloyds building. In the picture it is between 22 Bishopsgate and St Giles’ Church.

I have annotated all the buildings here:

Here is work in progress:

We think of the Barbican as concrete, but in fact there is quite a lot of brick. I studied the brickwork on Lambert Jones Mews carefully, and then found it was more difficult to draw than I expected. The pattern is very particular: long-short-long-short. 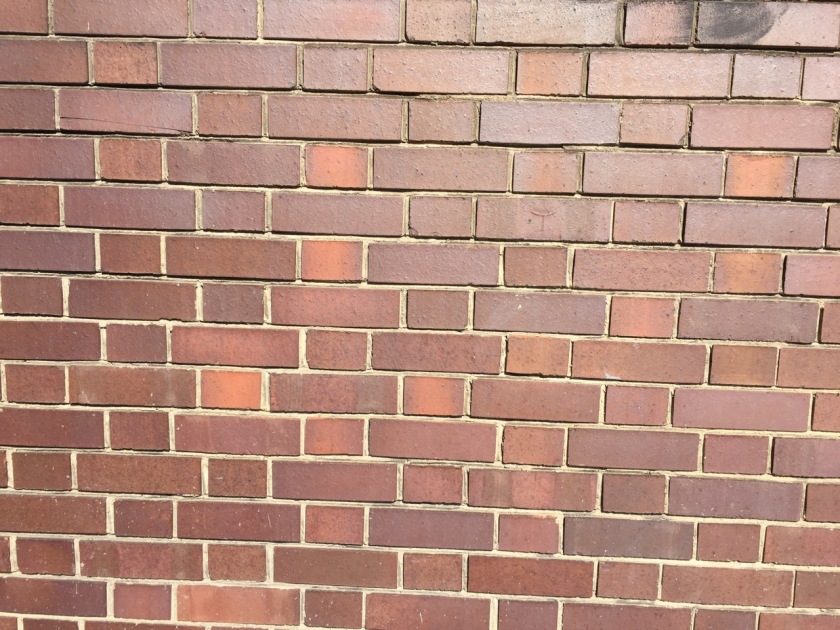 The drawing took 1hr45min, drawn in bright sunlight and a light breeze. I finished it at 12:15pm. Then I went home and had a Hot Cross Bun which I had bought from St John’s Bakery. The bag was standing beside me while I was drawing, smelling spicy.