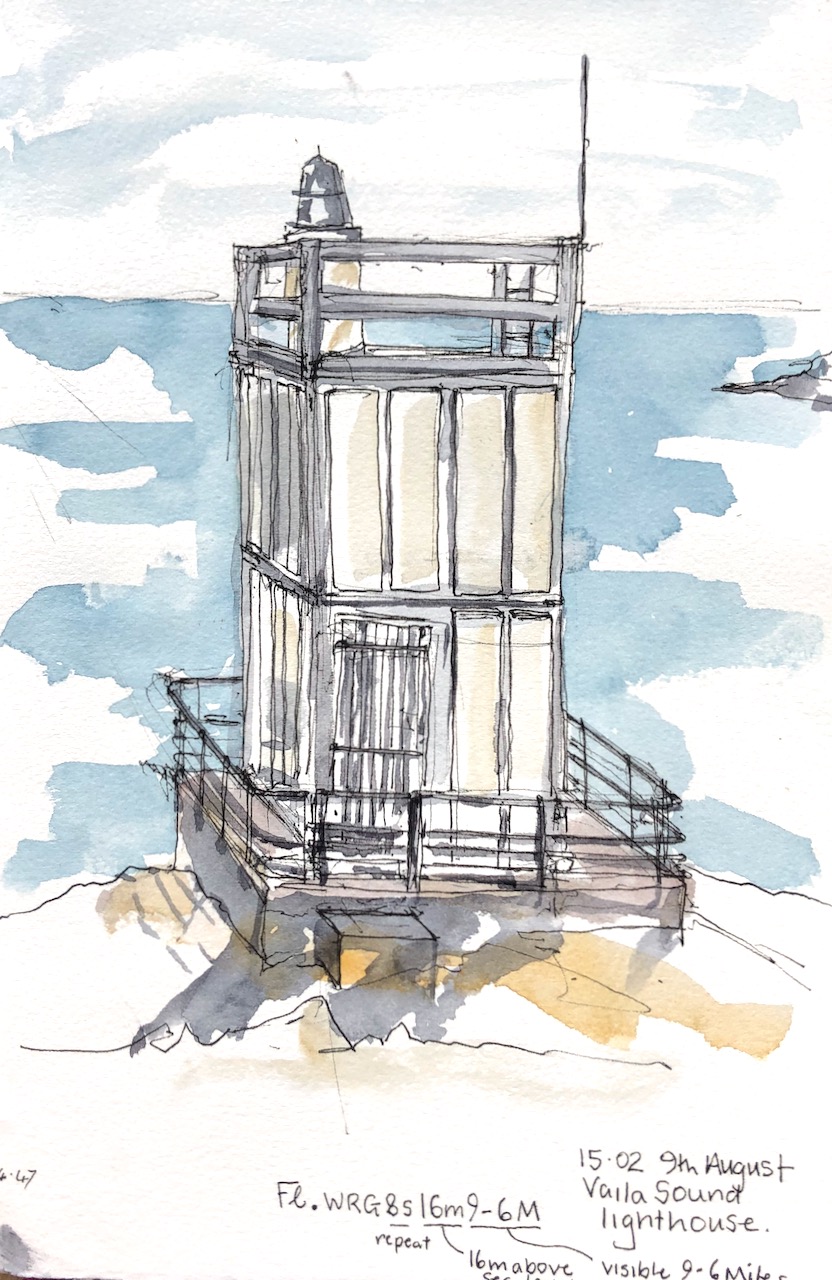 I walked over to the distant headland, called Whites Ness. It was a long walk.

The walk round the peninsula of Whites Ness is way-marked.

When I reached the end of the peninsula, I saw that there was a lighthouse marked on the map.

I wondered if it were really there. Would it be a real lighthouse, or maybe simply a buoy off the rocks?

The path was not very well marked, and seemed to be mainly uphill. I was a good way through what was already quite a long walk. And I had to walk back. But I kept on going. It seemed an unlikely location for a lighthouse. Of course I had in my mind those lighthouses I have seen, built by the Stevenson family in the 18th Century, red and white striped, towering over cliffs.

Here there were relatively mild rocks, smooth grass and a few sheep.

But then, against all expectation, there was the lighthouse. I was delighted. There was no-one around to whom I could exclaim: Look! Look! There really is a lighthouse.

It was not a lighthouse like the one in your head. It looked a bit like a prop from a Dr Who episode of the 1960s, or perhaps some construction which had been assembled from assorted parts of IKEA flat-packs. But it was a lighthouse, beyond all doubt. I sat down and drew it.

It was hard to find somewhere to sit down so that I could be sure that my art supplies were not going to take an impromptu roll down the slope and into the sea. There were a selection of rocks, none at quite the right angle. I chose the safest, and drew my picture.

Then I packed up my things and started on the long trek back.

That evening a friend produced a useful coastal navigation guide, which informed me that this lighthouse was: “Fl.WRG8s16m9-6M”. We decoded this as: Flashing, White Red and Green, with an 8 second repeat, 16 metres above sea level, visible 6-9 nautical miles out at sea, on a good day. Anyone who is more familiar with the notation, please correct me if I have this wrong. I also found a map online.

2 thoughts on “Shetland: walk to the lighthouse”