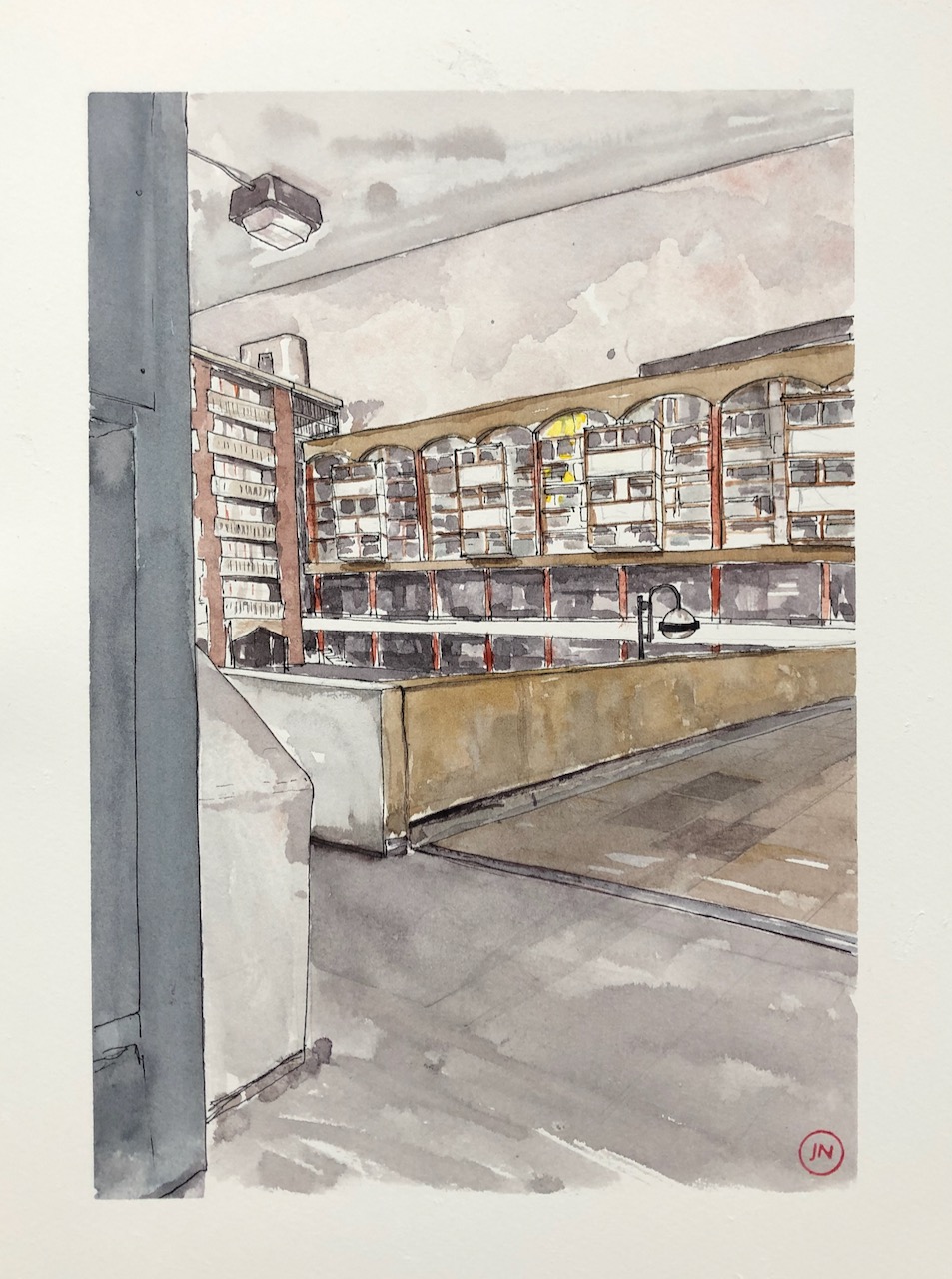 A resident of Crescent House commissioned me to draw his block.

This is a view from the podium level, above the Golden Lane Leisure centre. The block on the left is Cullum Welch House. The yellow colour in the centre is a reflection of Great Arthur House in the windows of Crescent House.

The pavement by the wall was being re-laid. Just off the picture, to the right, people who were laying the paving stones sang merry tunes, and insulted each other. “Dean, I don’t believe how long that’s taken you. It’s a five minute job!”

Dean was moving the metal fencing around, making a sound like a drum roll. They needed to reconfigure their enclosure as they finished one section of paving and moved onto the next. I didn’t catch Dean’s repost, but the answer was, “No…no.. it’s just because you are lazy….”

Here is work in progress on this final drawing. It is made on a block of Saunders Waterford Hot Press 300gsm paper.

I made some preliminary drawings a few days previously, to get my head around the composition and the perspective challenges.

At the bottom left of the sketch is that strange sloping block. It is pointed. I didn’t get the whole of it in the sketch as it is so fascinating that it would have distracted from the main object of the drawing which is Crescent House. But it is worthy of examination. It looks like a tank trap. But what is it doing there? There are two of them.

As you see they are wonderful sculptural objects, worthy of a drawing in their own right.

Probably they are to stop people from sitting on that convenient ledge.

A fresh set of postcards and business cards for #ladyofavenel.
Looking West from The Old Fort, Fort William, Scotland.
Sketching in Parade Gardens, Fort William, Scotland.
Moored yacht in Dunstaffnage bay, near #Oban, Scotland, Argyle and Bute.
Sketch of a beach near Dunbeg, Scotland, Argyle and Bute. This is next to "SAMS" the Scottish Association for Marine Science.
Sketches from a window @hotelfrance_stx