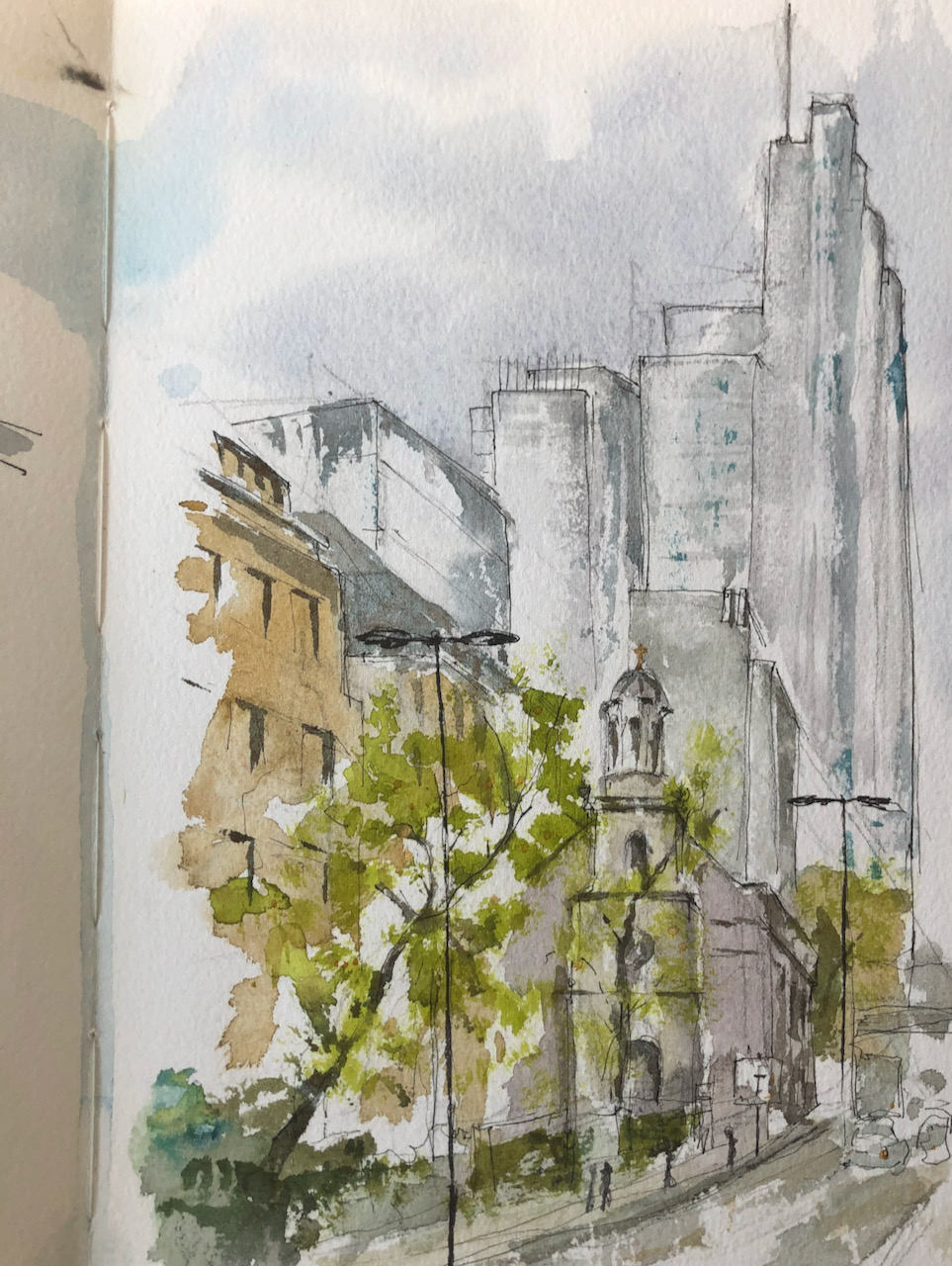 London Wall is the old Roman wall around the City of London. It is also the name of a street. Here is the church All Hallows on the Wall, drawn from outside the Carpenters’ Hall.

I drew All Hallows last year, from across the street, see this post:

All Hallows on the Wall

London Wall is the old Roman Wall around the City of London. It is also the name of a road. In normal times London Wall is a very busy road, an arterial route in the City, full of buses and cars and bikes, with people thronging the pavements…

Today’s drawing was with a viewpoint looking east along London Wall, towards the tower blocks on the eastern part of the City. The tower block on the right is “Salesforce Tower” also known as “Heron Tower” and “110 Bishopsgate”. It was completed in 2011. The architect was Kohn Pedersen Fox.

The colours in the drawing are Phthalo Blue Turquoise, Perylene Maroon, Mars Yellow. The bright green is Green Gold. There some Iridescent Silver on the towers.

Here is work in progress on location.