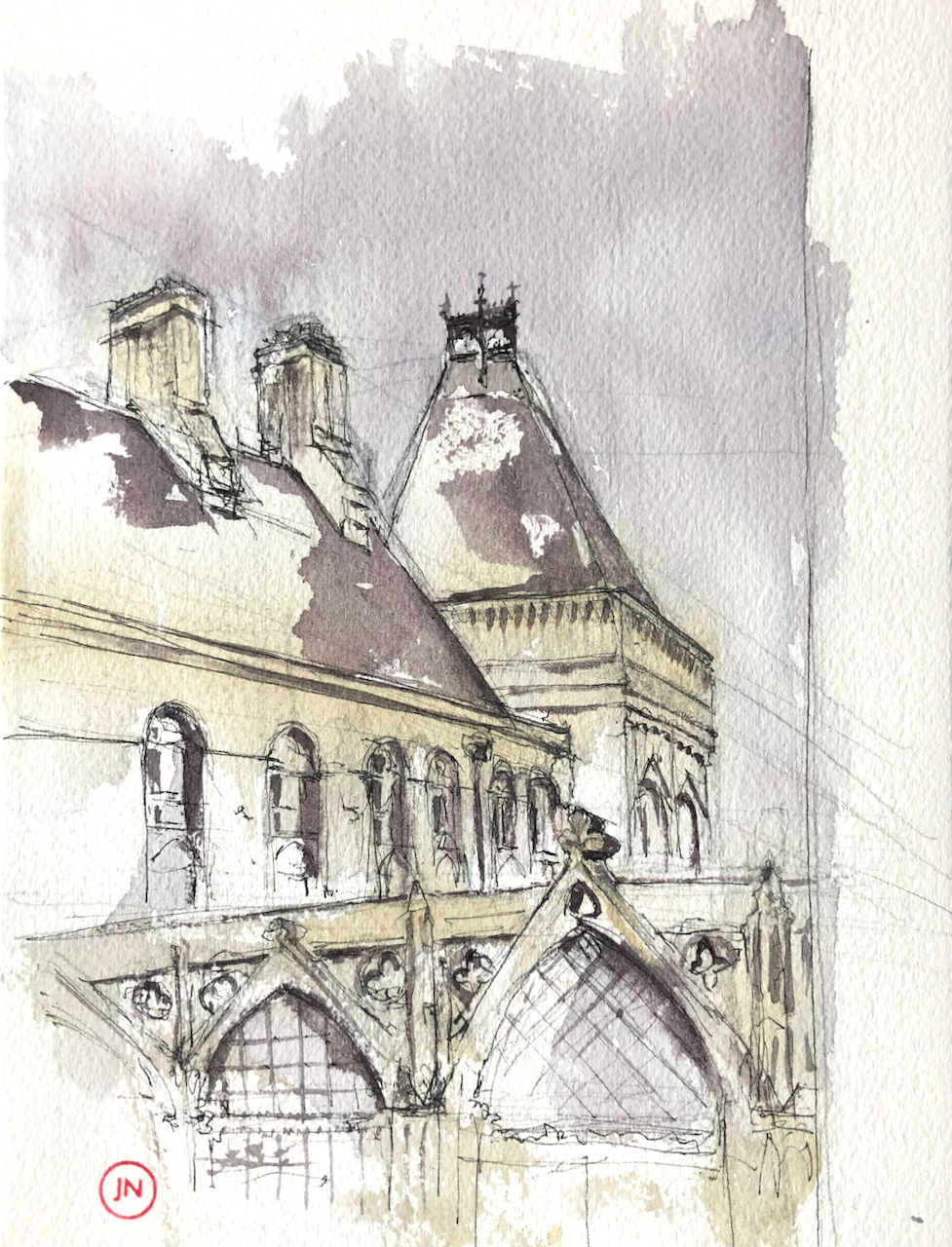 The Royal Courts of Justice are a huge campus of buildings of Victorian gothic style, between The Strand to the south to Carey Street to the north.

Here is a view from Carey Street.

The Royal Courts of Justice are the High Courts for England and Wales, and the Court of Appeal. The High Courts are for civil cases, such as breaches of contract, personal injury claims, libel and slander. There is also a family division for cases of matters such as marriage annulments and care of children. Criminal cases, such as murder, are tried in the Old Bailey, down the road. Criminal cases are appealed in the Royal Courts of Justice Appeal Court. I learned this from an entry in Chambers Student website.

The construction of this building started in 1873. It was opened by Queen Victoria on December 4th 1882. The architect was George Edmund Street. The main contractor was Messrs Bull and Sons of Southampton.

Drawn and coloured on location. I used Buff Titanium for the Portland stone, and the grey is a mix of Perylene Maroon and Prussian Blue. This drawing took about 1 hour 15 mins. I also did a preliminary sketch to explore the perspective.

Sketchbook made by Wyvern Bindery, Hoxton.

The London Television Centre, 60-72 Upper Ground, SE1.
Guinness Court, Lever Street
@roseandcrownse1 to the south west of Blackfriars Bridge. A link to the past in an area of change. A @shepherdneame shepherdneame pub with a lovely #beergarden at the back.
Royal Courts of Justice from Bell Yard.
Royal Courts of Justice from Carey Street, sketch in three colours #danielsmithwatercolor: Buff Titanium, Perylene Maroon, Prussian Blue.
Temple d'Yverdon-les-Bains and the statue of Johann Heinrich Pestalozzi.