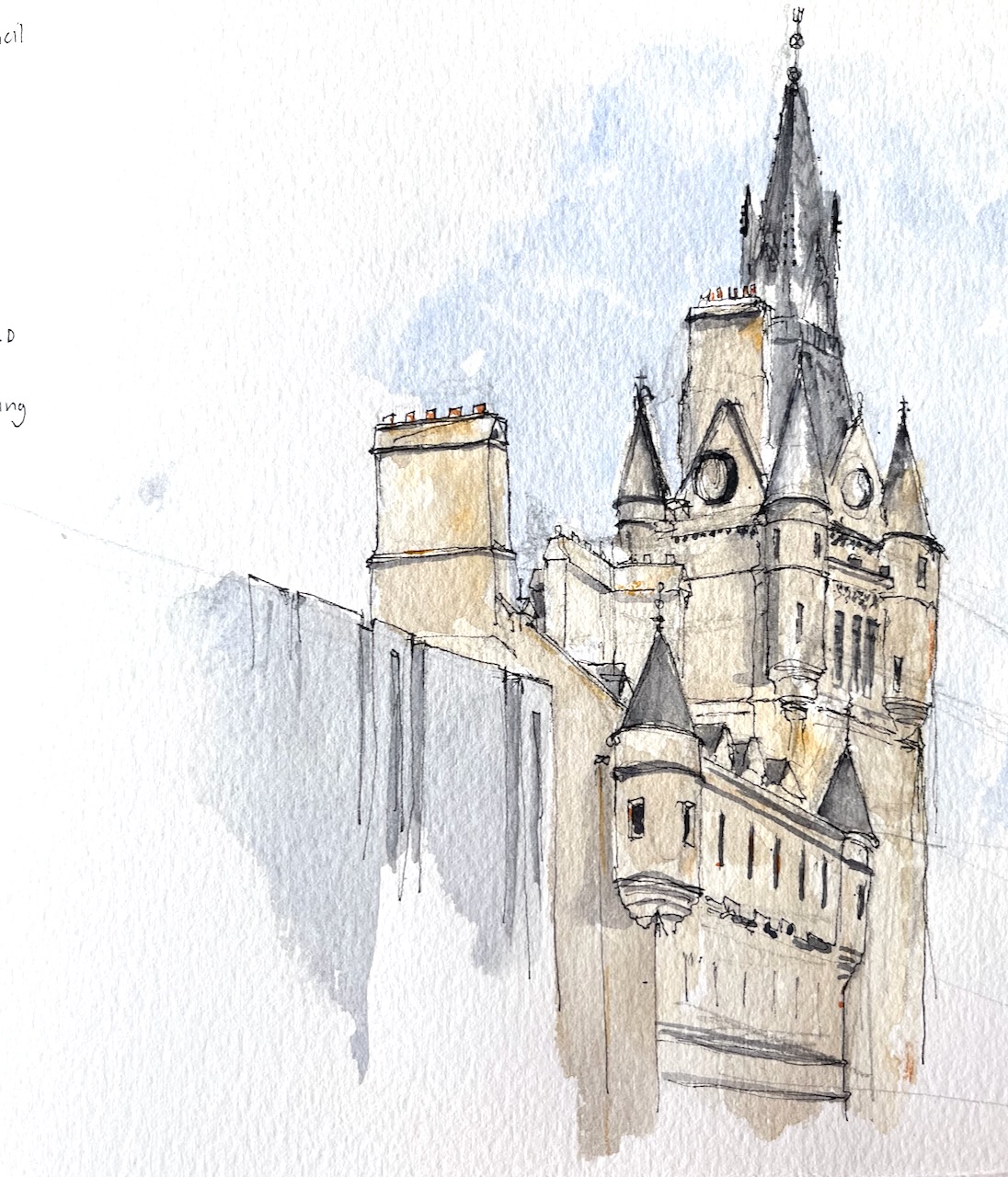 Here is a house in Firhill Place, Aberdeen, near the University.

I sketched it from a coffee shop called “Grub”, on Orchard Street.

Aberdeen Town House was built in 1868-74 by John Dick Peddie and Charles George Hood Kinnear. It incorporates the remaining part of the Tolbooth of 1615-29 by Thomas Watson of Old Rayne at the east, and includes the City Chambers to Broad Street, added in 1975 by the Aberdeen City Architect’s Department, with Ian Ferguson and Tom Campbell Watson as its chief architects.

The building on the left of my sketch is the brutalist structure “City Chambers” covered in a tessellation of rectangles of grey marble. Its foundation stone was laid on 17th November 1975, according to the inscription on the foundation stone.

I was on my way to the ferry terminal.

One thought on “Sketching in Aberdeen, summer 2022”