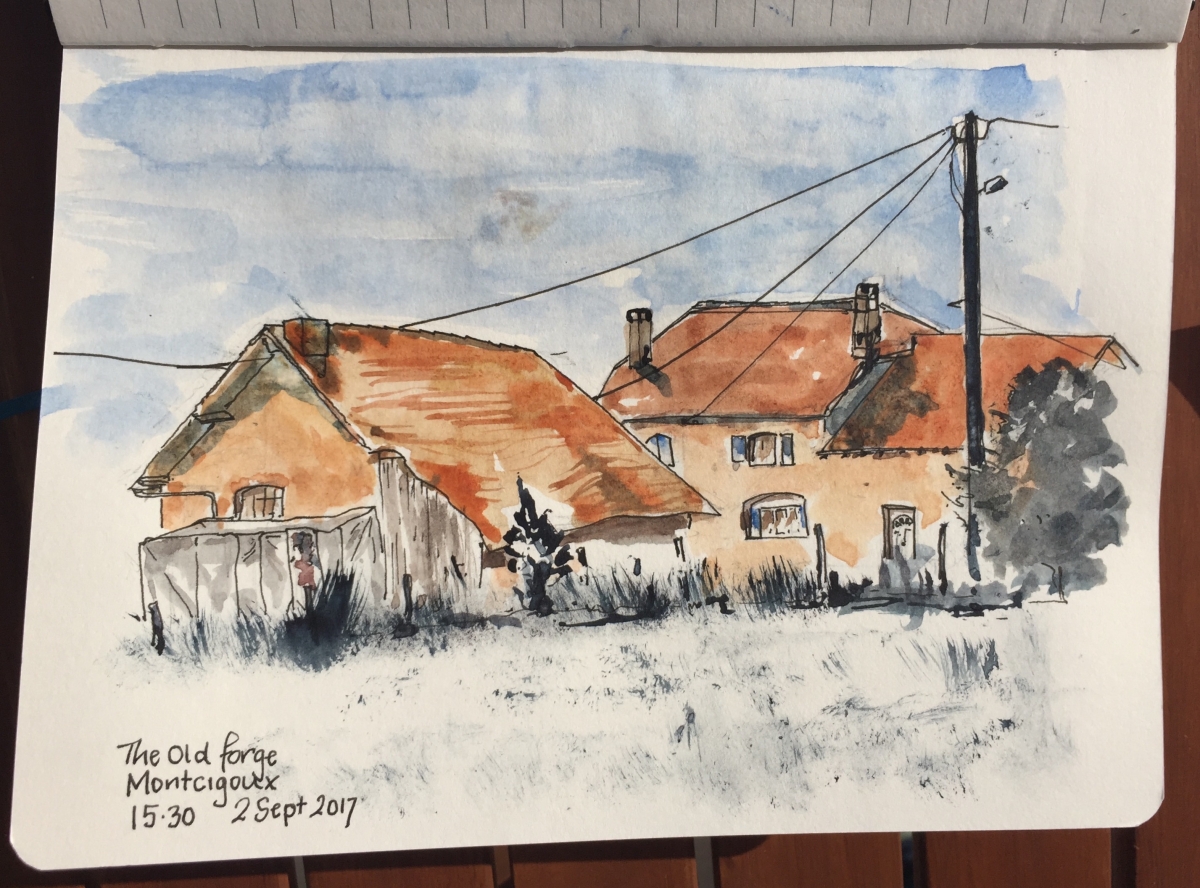 The red tiled roofs are a characteristic of the area. The low roof of the Old Forge is rickety. Mme Sauté cultivates tomatoes in the plastic greenhouse on the left.

Here is Steve’s house. His Audi is parked conspicuously, because he is expecting a visitor, and he told them to look out for the car.

See all the overhead cables. There is a plan to put all these underground: both the electricity and the telephone cables.

On the Sunday I set out to draw a picture of the Old Forge from another angle. An elderly man trundled his walking frame all across the grass to come and talk to me. He described how Steve’s house had previously been the grocer, café and ballroom. There were dances there. The man had a long career. He was the son of the gardener in the château. He had installed electricity in the local town, Limoges. There was a whole narrative about the maquis,  which word I couldn’t understand in context. I knew it was a description of the land in the South of France: the dried out grass and low bushes. Then, as he was talking, I remembered it was also the word for a fighting force. He had fought all the way up to La Rochelle. This was Resistance fighters in the Second World War.

I had managed only the pencil outline of my picture.

I finished it on the Monday. By then it was raining. 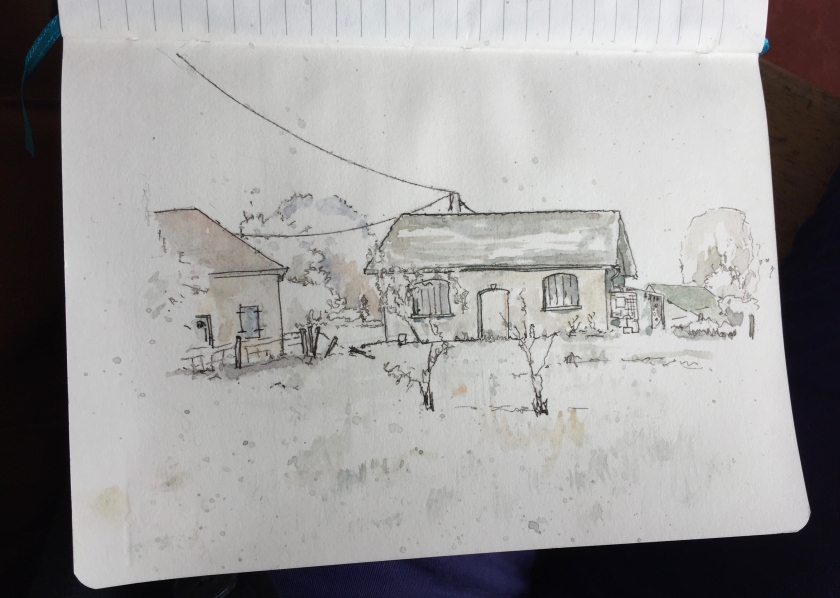 When I got home I painted one of the tomatoes Mme Sauté had given me.