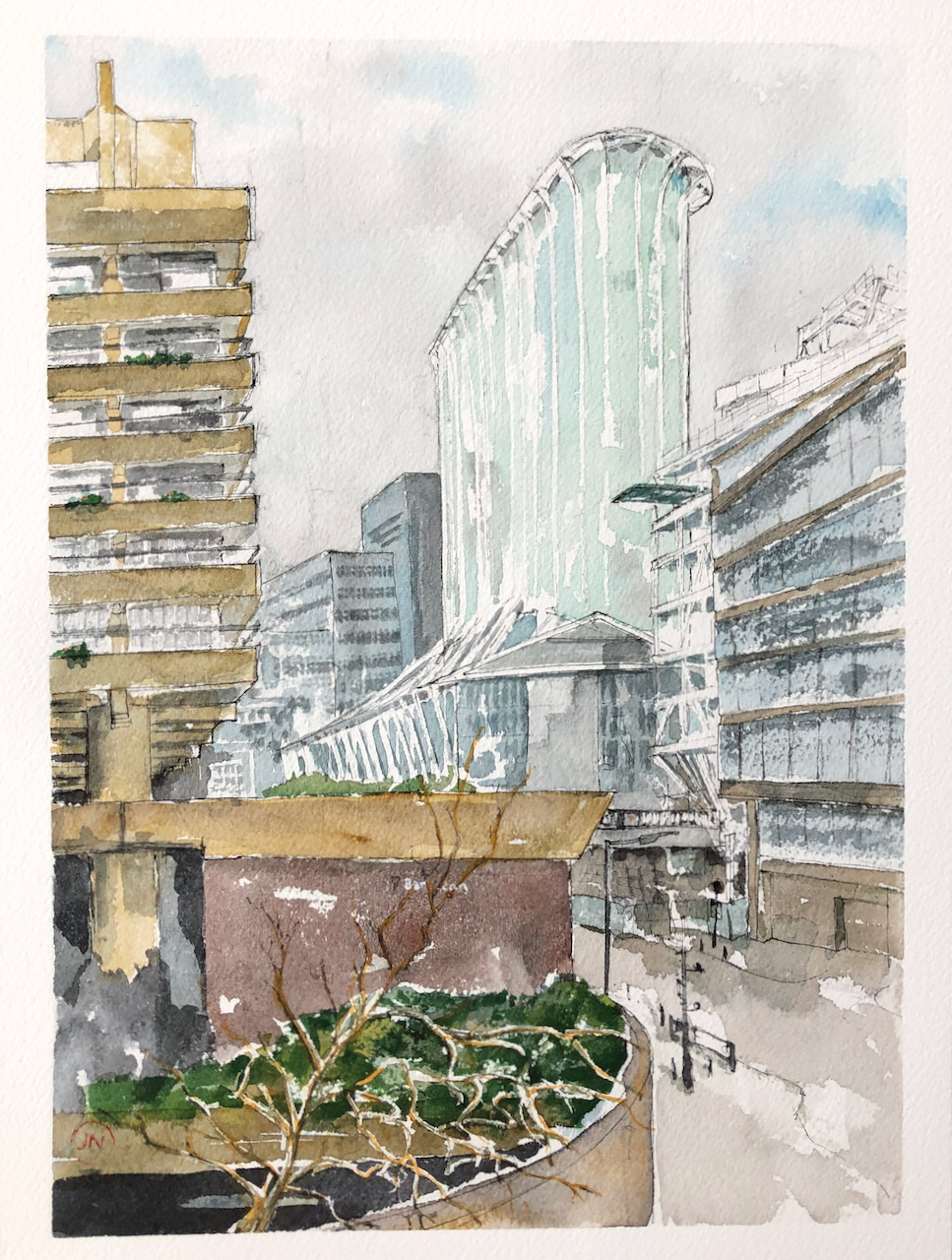 Here is CityPoint, seen from the highwalk next to 2 London Wall Place.

On the left is the south side of Willoughby House, Barbican. Down in the street you see the gate which closes Moor Lane at certain times, and also various lamp posts, bollards and a pole holding three CCTV cameras. Beyond that, on the right, is a construction site on top of the Moorgate Crossrail station.

Here is a map and an annotated sketch to identify the buildings.

To draw this, I was standing above street level, on a public walkway next to a new office development, 1 and 2 London Wall Place. This walkway has walls with plants. The plants are doing really well.

As you see from those photos, the walkway was also empty and calm. The security guard came past, once in one direction, and once back. He smiled and greeted me politely. I was also watched by less friendly security: a CCTV camera, right over my head. I wonder what they made of my sketch?

“The building was built in 1967 as Brittanic House, a 122m (399ft) headquarters for British Petroleum. An extensive refurbishment, designed by Sheppard Robson International and completed in 2000, increased the floorplates and added height to the top floor. Britannic House was then renamed CityPoint.“

Here are some photos of this drawing in progress. I did a preliminary sketch. The perspectives were fiendish. That “WeWork” building on the right has a weird sloping balcony and a strange sort of tilt in its orientation.

This drawing was a commission. It is the first of two. The next one will show Willoughby House.

One thought on “Citypoint from London Wall Place”